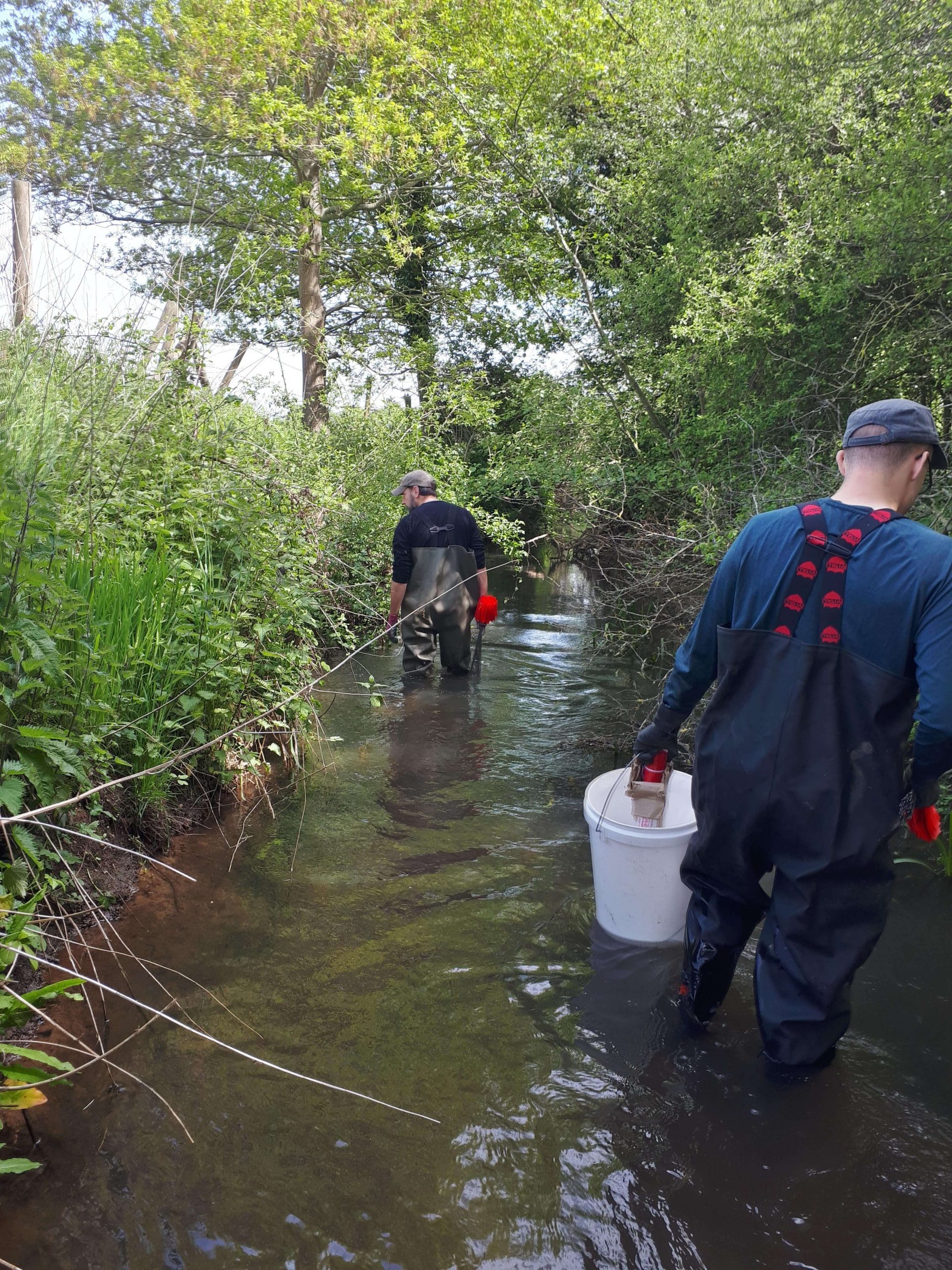 This month, we started conducting water vole surveys as part of the National Trust’s ‘Riverlands’ project, a nationwide scheme which focuses in part on the upper reaches of the chalk-fed River Bure.

So far, the surveys have been conducted along the Scarrow Beck, one of the Bure’s tributaries, and have been hugely encouraging:

“The surveys have revealed a healthy water vole population with lots of burrows, latrines and feeding stations. Along the 2km stretch, we have also seen otter spraint, a kingfisher burrow and lots of trout rising to catch mayfly on the wing. We’ve had warblers singing to us from the bramble thickets, butterflies flittering along the banks, and a quick glance of a stoat! The records will be shared with the Norfolk Biodiversity Information Service for recording purposes and the data will also be used to help mitigate and reduce damage to burrows when the river restoration takes place.” Ursula Juta, Education and Catchment Manager.

The Beck is a heavily modified watercourse – straightened and dredged in the past for watermill and drainage purposes. It is bordered by mainly arable fields, and is exposed to agricultural run-off, which can contain sediment-laden and nutrient-rich water. In addition, it is suspected that there are leaking septic tank systems within the river catchment, which will further degrade the water quality.

The Beck and its inhabitants are under pressure from invasive species such as American mink, American signal crayfish and dense stands of Himalayan balsam. These are being dealt with by holding ‘balsam bashing’ events and mink trapping. However, the signal crayfish are best left alone; trapping is illegal, and a number of studies suggest that trapping can actually do more harm than good. The water voles in the area are protected from the mink to a certain extent by the otter, which is a ferocious enemy of the mink, and the otter also helps control signal crayfish naturally by predating upon them.

Given the various pressures that the Scarrow Beck faces, we believe that this outcome is particularly deserving of a #GoodNewsTues post.

Our work continues amidst the Coronavirus pandemic